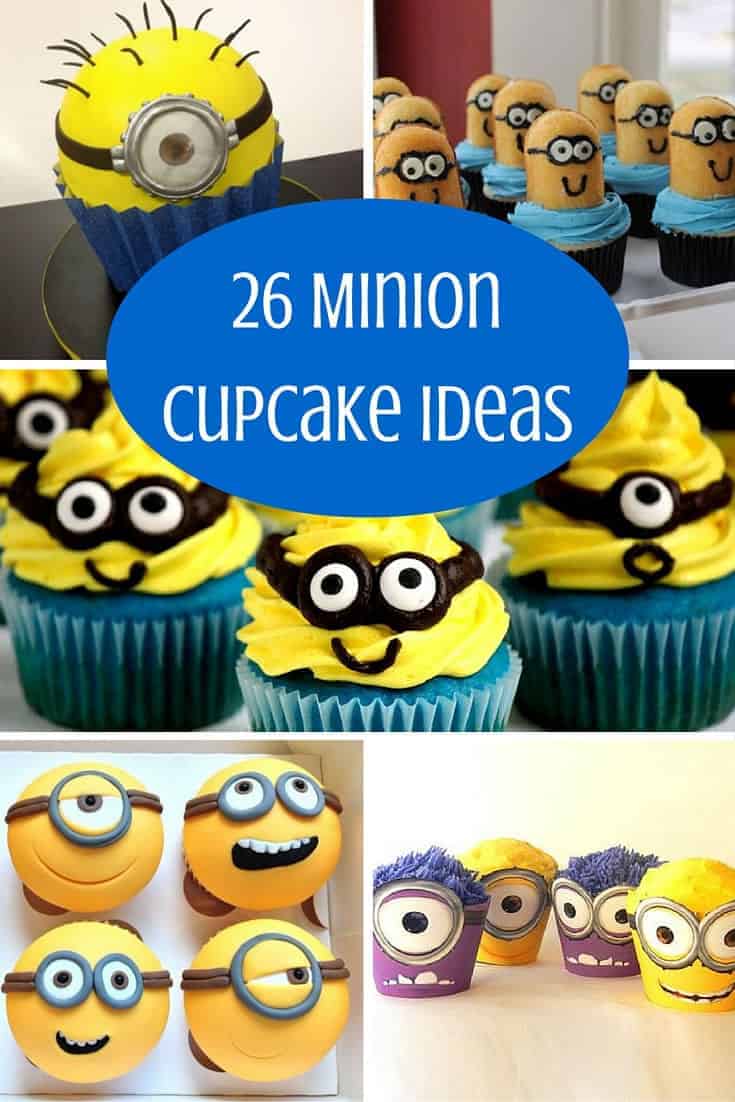 The popularity of the Minion movies have kids begging their parents for Minion themed parties, so these Minion cupcake ideas will be a fun sweet treat! 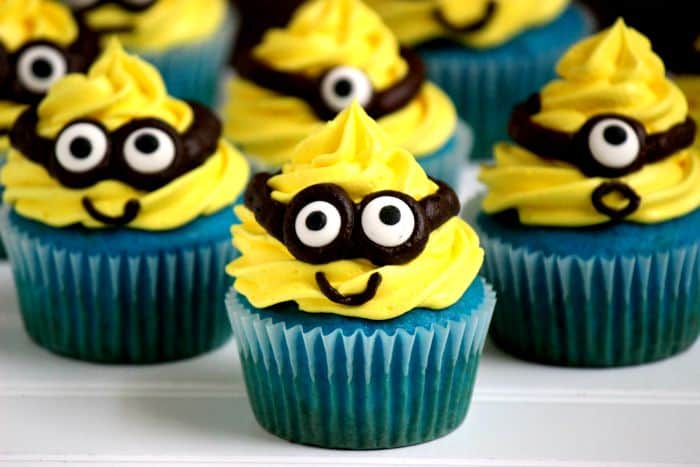 These colorful cupcakes use packaged mixes and pre-made frosting, and require only a bit of time and creativity to make adorable treats. 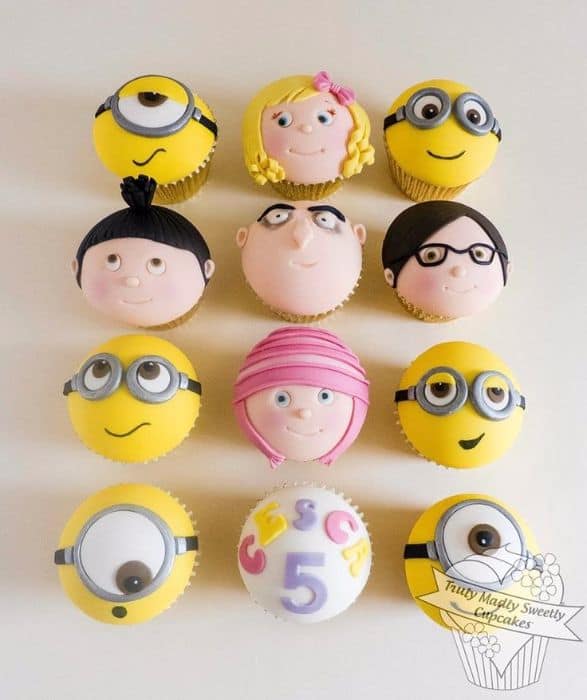 As popular as the minions are, these cupcakes clearly demonstrate to birthday guests that Gru and his family are not to be forgotten. 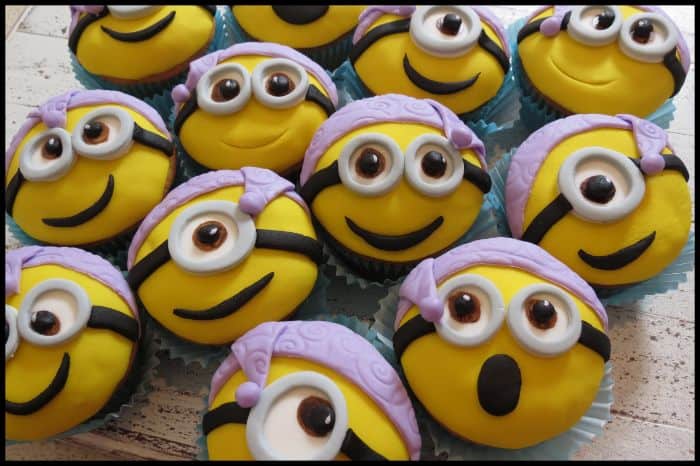 The nightcap-clad minions are a new twist on an already cute fondant design, perfect for any child’s slumber party. 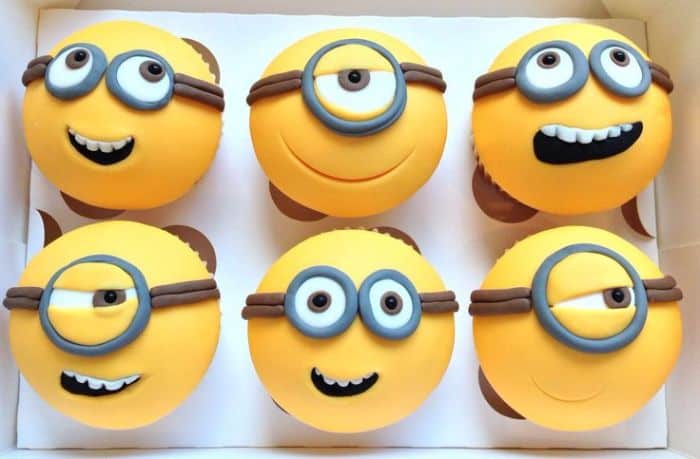 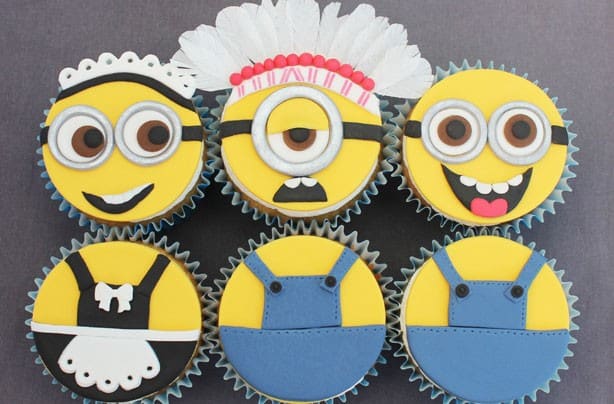 For Halloween cupcakes, add a headdress to the trademark minion overalls, or trade them in for a saucy French maid’s outfit. 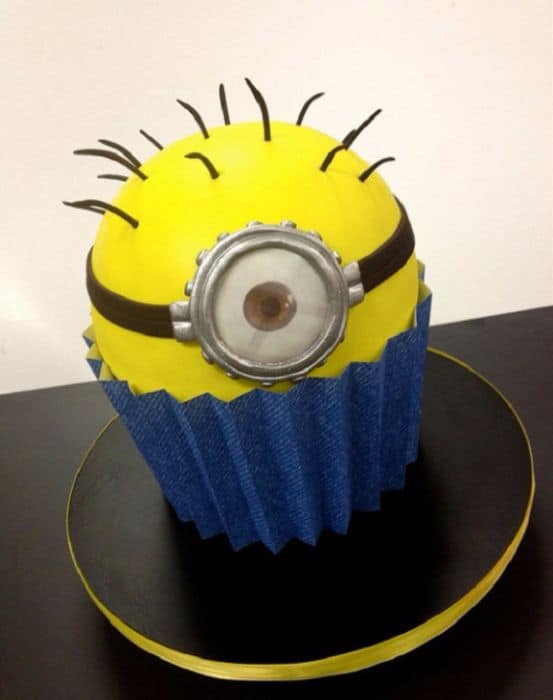 Chubby little Bob is one of the more popular minions, and here he is peeking over a blue jean overall-colored wrapper. 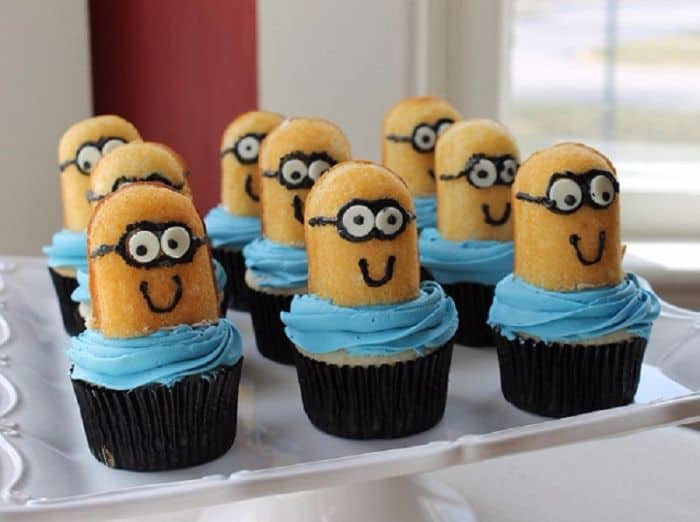 Half a plain Twinkie with a bit of chocolate icing and some candy eyes, nestled in a swirl of blue icing, make a perfectly shaped minion body.

Minions Cupcakes Despicable Me by Cake in a Cup NY 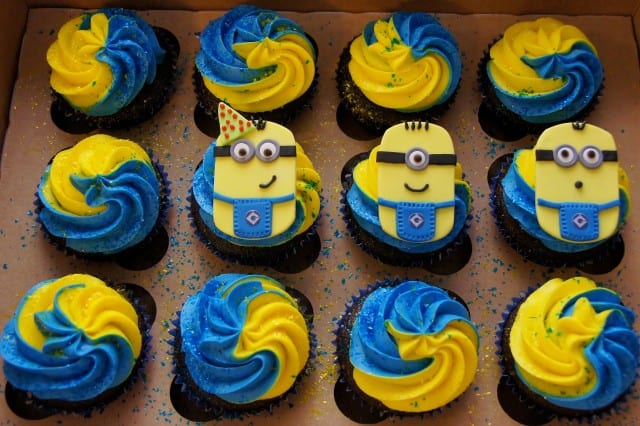 Minions Cupcakes Despicable Me by Cake in a Cup NY

A swirl of blue and yellow icing make an excellent bed for these delicious minion toppers. 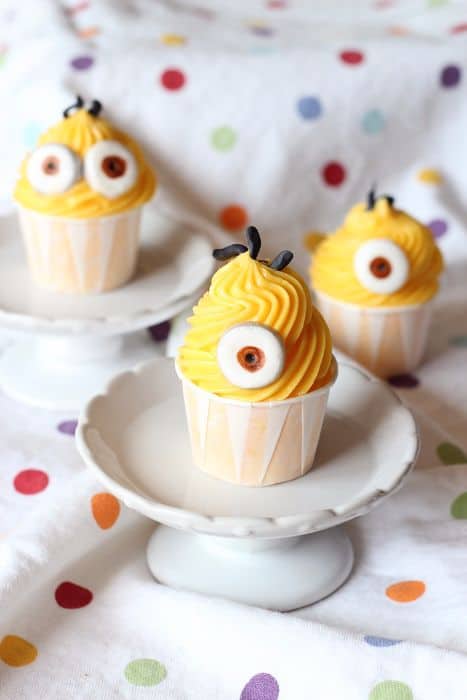 Anyone who has ever hosted a child’s birthday party knows how much cake goes to waste, so replace the large slices with tiny cupcakes, which are small enough for even the fullest party guest to nibble down to crumbs. 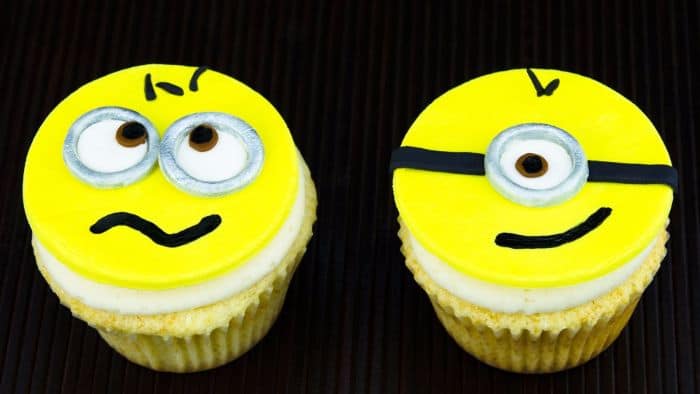 Fondant is used here to make minion faces of varying expressions, and secured to the cupcake with a buttercream frosting. 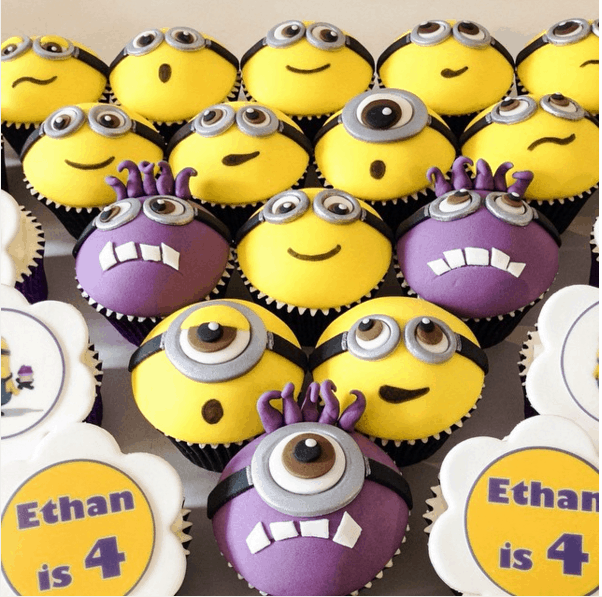 These angry purple minion cupcakes added to the more common yellow ones make for a much more colorful display. 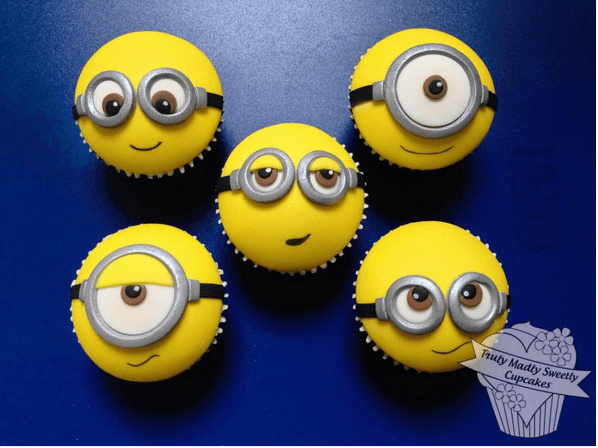 For those who don’t have a steady hand with a knife, these toppers are made using molds and some colorful fondant, for a much simpler, yet elegant, design. 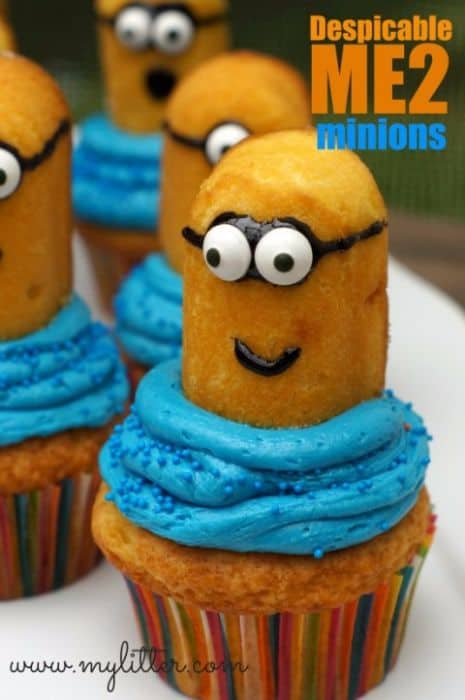 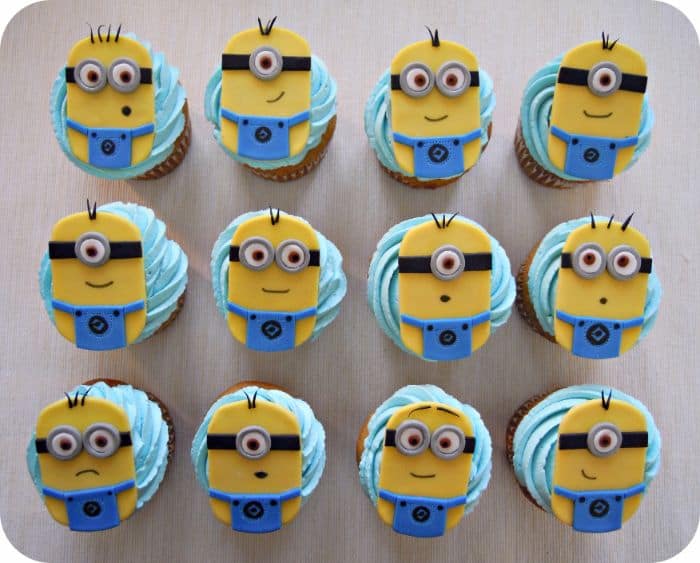 These fondant minions are easy to make and show off even a beginner baker’s skill and creativity. 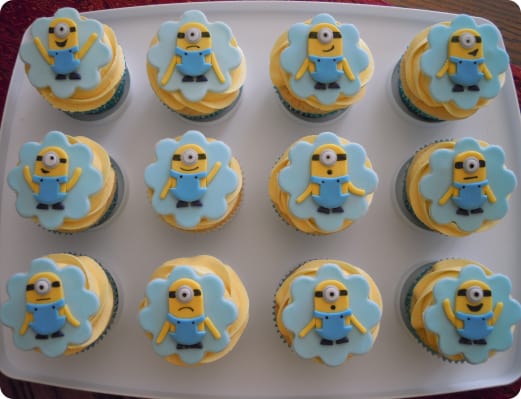 These toppers go beyond the usual expressive minion faces by adding various body designs to show all aspects of their many moods. 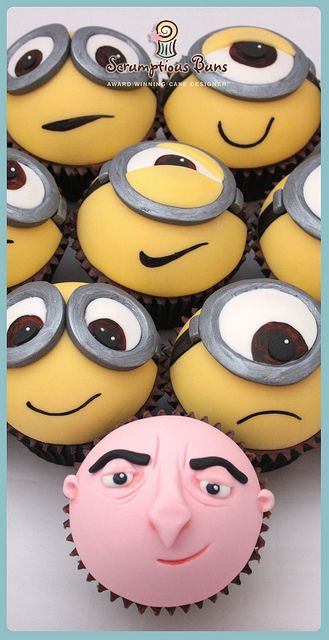 There are so many minions, but only one Gru to lead them, as this display clearly shows. 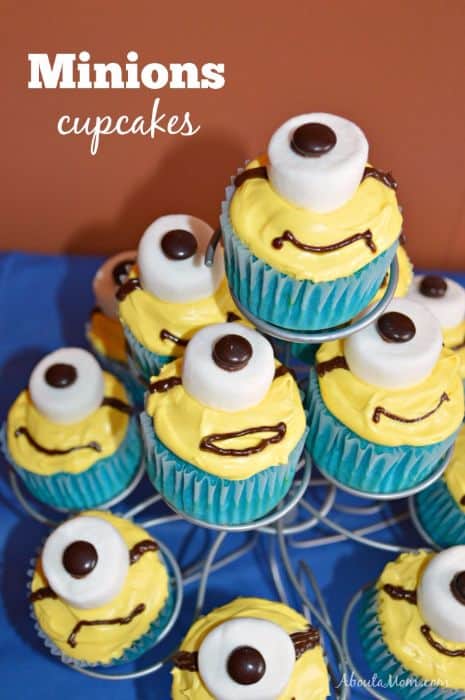 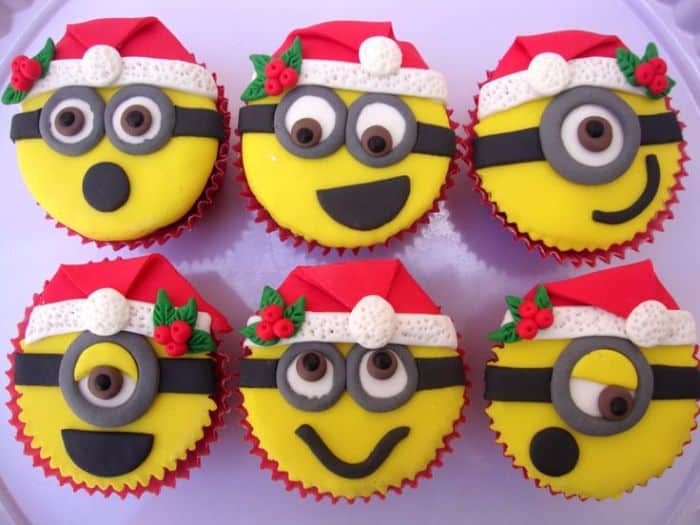 For Christmas, these festive toppers have bright Santa hats, with cranberry accents. 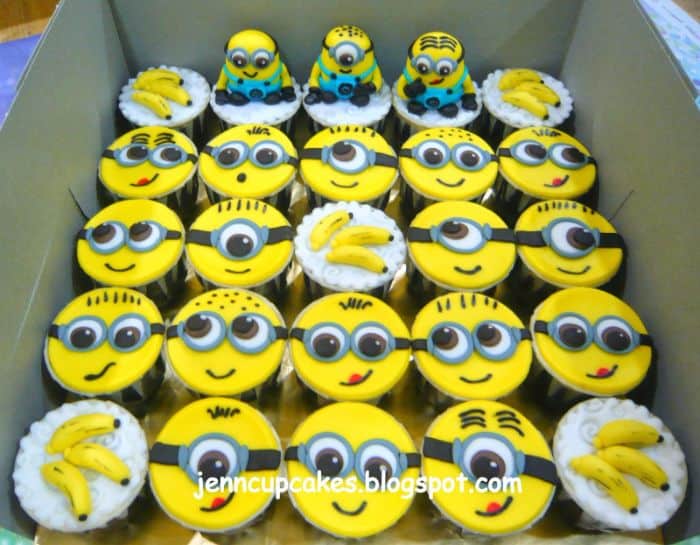 Yellow fondant for minion faces can easily be formed into a few bananas to be placed on white fondant plates. 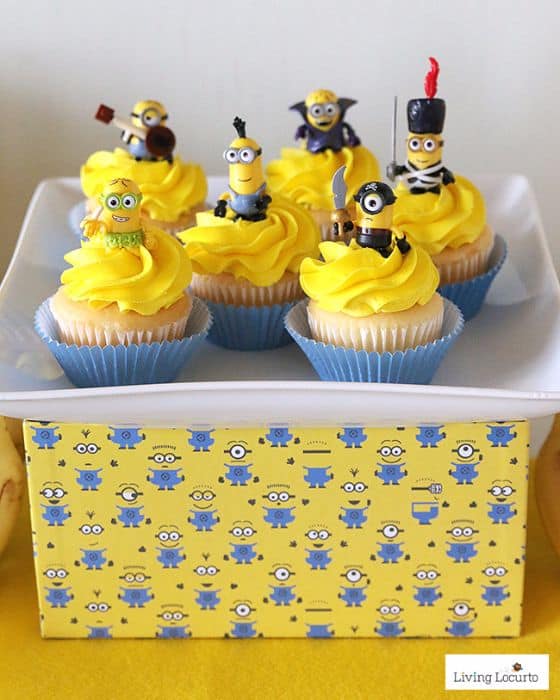 If short on time, or decorating skill, these plastic toppers can simply be purchased and pressed into any icing. 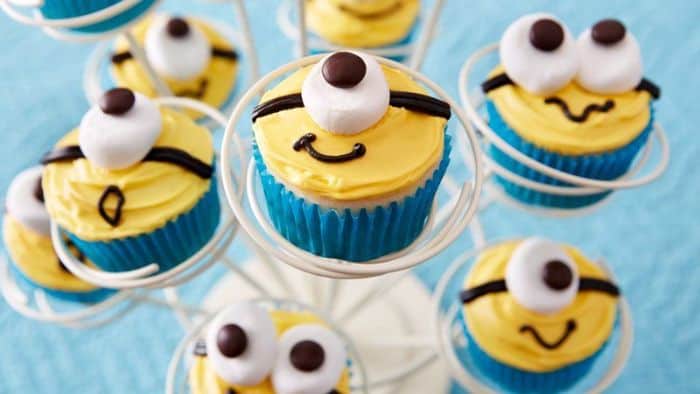 These beauties make use of cut-down marshmallows and brown candy pieces for eyes, and black licorice rope for straps. 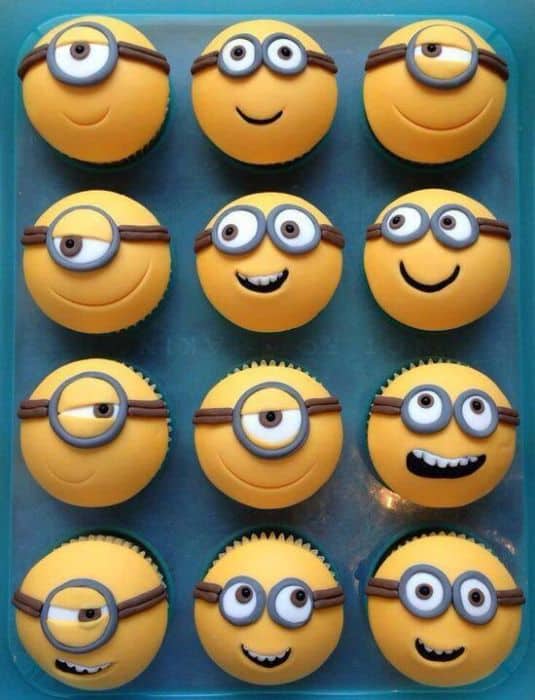 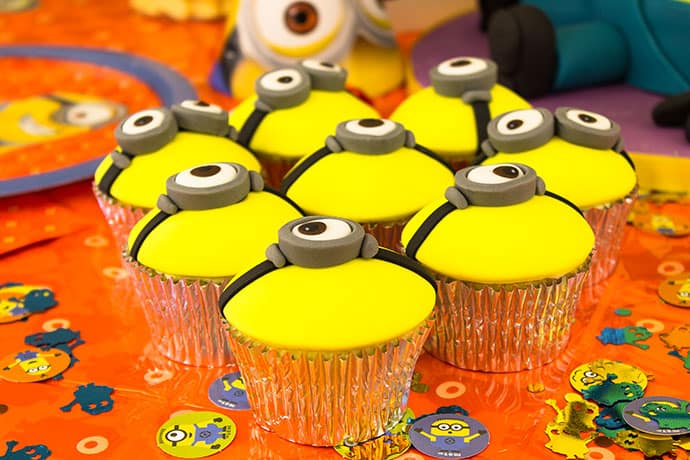 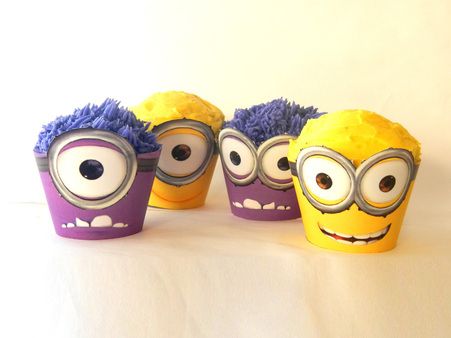 These colorful wrappers can be purchased online, and downloaded to any home computer to be printed, cut out, and easily secured around any cupcakes. 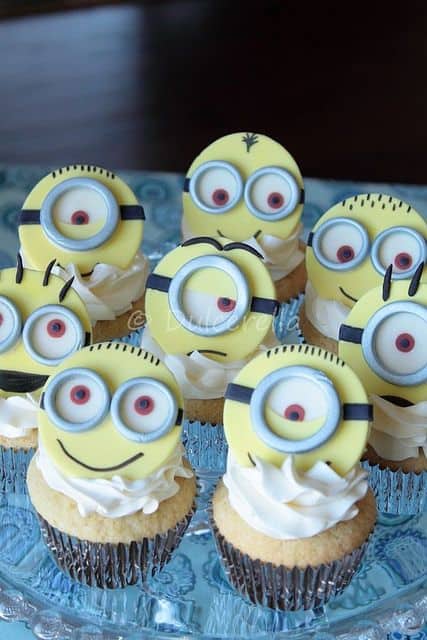 Rather than placing the topper flat on the cupcake as a replacement for icing, these expressive faces are upright, and ready to greet party guests. 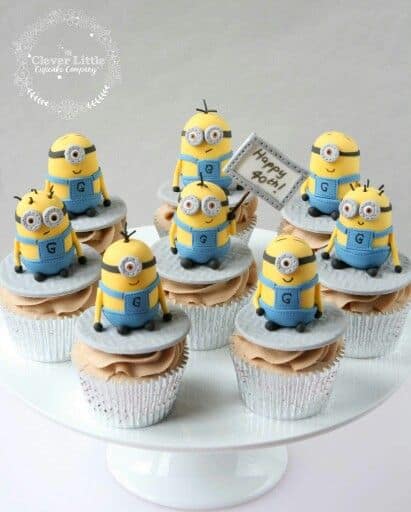 Flat face toppers are seen everywhere, but these adorable figures go beyond that with a full, round, minion bodies.

With three movies under their belts, the minions have earned their popularity, and are showing up on edible treats in all sorts of ways, as these tasty-looking treats have clearly shown. And they are not just for kids. The abundance of cute silliness have made them a favorite party guest at many adult parties as well, and the versatility of delicious icings and candies to make their expressive faces is endless. These treats can be adapted to make even the beginner baker look like a pro. 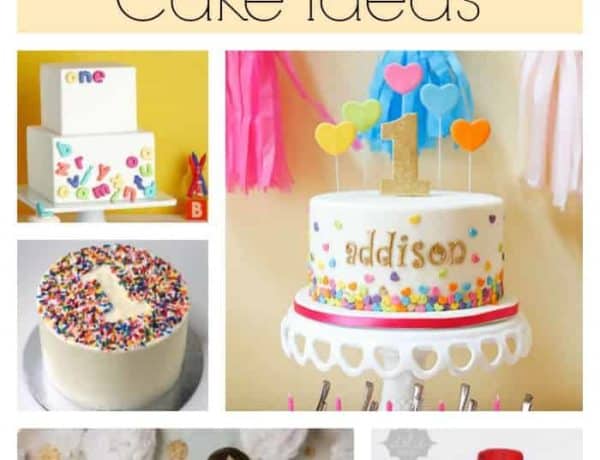 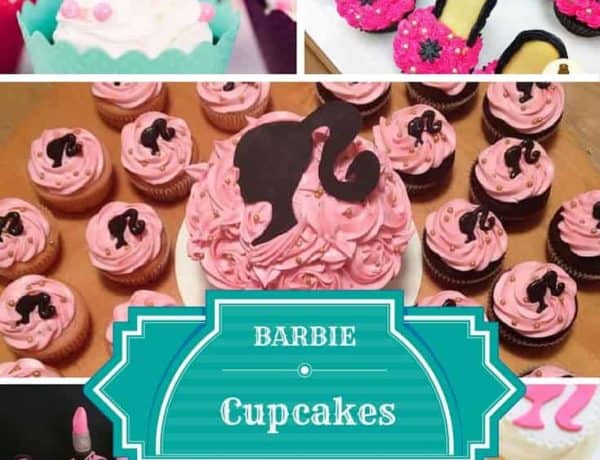